Julia Ambrose - A Wealth of Knowledge 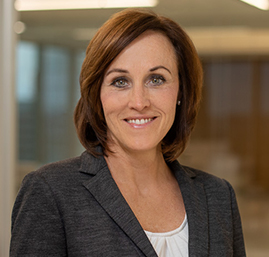 AMBROSE'S CONTINUED PURSUIT TO LEARN HAS SHAPED HER PRACTICE.

For Julia Ambrose, there was never any debate when it came to her career; she knew she wanted to be a lawyer.

“I found the work to be meaningful, service-oriented, and intellectually stimulating. I never pursued any other career,” she said.

While Ambrose aspired to be a lawyer for much of her life, she realized from the outset that she had much to learn about day-to-day law practice. Many of her preconceived notions of practicing law came from mainstream media, where glamorous attorneys would command a courtroom through stirring speeches and banter with the jury. “Fortunately, I had early exposure to a small town, single attorney practice, which taught me that real-world law practice is often a series of small victories that are not necessarily glamorous but are incredibly meaningful to clients who have problems that need solving,” she said.

Upon graduating from Vanderbilt Law School in 1994, Ambrose spent two years as a law clerk, first for Judge Jay Harvie Wilkinson III in the United States Court of Appeals for the Fourth Circuit, then for Justice Sandra Day O’Connor in the United States Supreme Court. Her time working in both courts significantly influenced her development as a lawyer and the path her legal career would take.

This experience behind the bench has been crucial to Ambrose’s practice and has guided much of her work since she joined Brooks Pierce in 2007. Even at this point in her career, though, she is reminded that a good attorney never stops learning. “I had little if any background in regulatory or transactional work when I joined Brooks Pierce, so I had to learn those skills,” she said. “In fact, I’m still learning – although I’m fortunate to have the best possible group of teachers and mentors within the practice.”

“I had little if any background in regulatory or transactional work when I joined Brooks Pierce, so I had to learn those skills. In fact, I’m still learning – although I’m fortunate to have the best possible group of teachers and mentors within the practice.”

Her drive to constantly learn and evolve has enhanced her practice to better serve clients in any way she can. “When we achieve a good result for our clients, whether in the form of a favorable judicial decision, an FCC rule that serves broadcasters’ interests, or a successfully negotiated agreement, that outcome is the best and most valuable reward for the work we do at Brooks Pierce.”